The first stop was in Minden and was hosted by the FCA at an off campus location. Over 50 students and adults joined in fellowship after the Minden vs. Cozad girls and boys basketball
games. Even though the event went late into the night, the testimony of Bo Kitrell grabbed the attention of the students. He spoke of how he had been bullied by upperclassmen in high
school. Now instead of trying to fit in and be liked, Bo is finding his security in Christ.

Saturday morning the Husker Tour made an appearance at the Hastings Family YMCA. After the last youth basketball game the Husker athletes began sharing the good news of the Gospel through their testimonies. Lane Hovey took the opportunity to look into the eyes of those listening as well as catch those passing by. He spoke of how he had to learn to find his identity in what Christ says about him, and not in what “Husker Nation” says about him.

The final stop of the tour was Saturday night in York. The York FCA Booster Club hosted a 5th Quarter Event after the York vs. Columbus Lakeview girls and boys basketball games. After the basketball games over 60 students ate pizza and participated in a large Rock Paper Scissors tournament. Aaron Wong and Robbie Trent brought the Gospel home by placing the focus on Christ and not on external performance. They each talked about how statistics and athletic achievement aren’t enough, those things actually fall way short of God’s glory. Aaron realized this while he struggled to shoot a low score in golf and Robbie illustrated it though talking about how empty a display case of trophies can actually be compared to God’s glory. 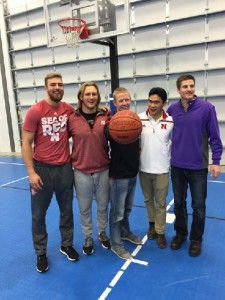 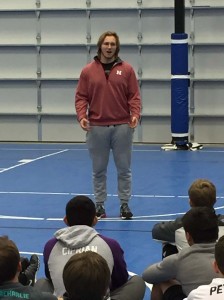 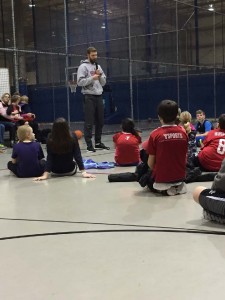 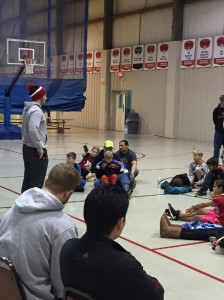 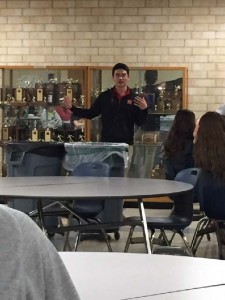 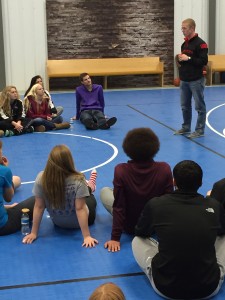 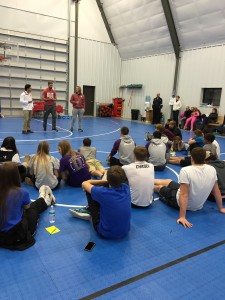